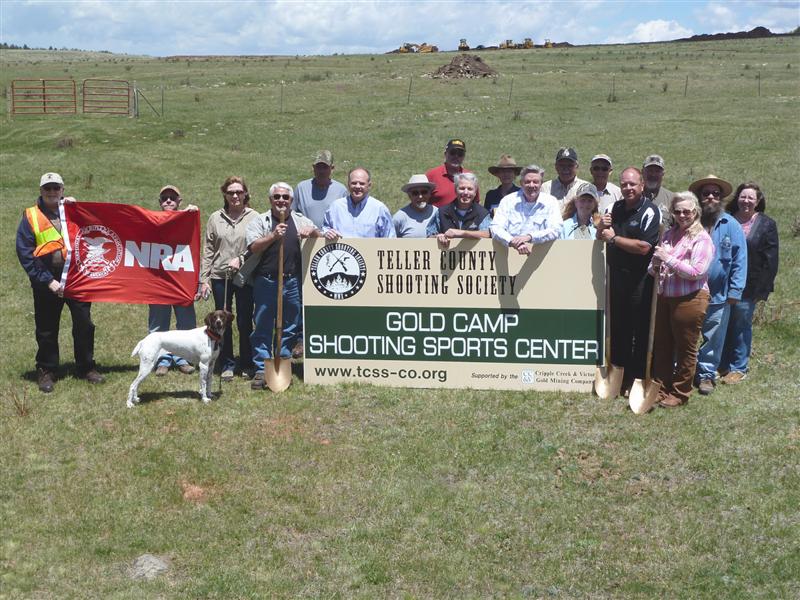 The idea for a local gun range was introduced at a general, public meeting at the Ute Pass Cultural Center in Woodland Park, Colorado. The original founders had a vision for a gun club to be located in Teller County.

This gun club would be a safe place for experienced, novice and beginner gun enthusiasts to shoot in a local setting. Many people came to the first open meeting and pledged their support to continue working towards this vision. At first we had no name, no fund, no organization, just a vision. Many hours went into research, planning and getting the word out to the public. Meetings were held, Board members were elected, and Board members donated dozens of hours to get the process started. As a result, we were able to legally register the club name in February 2008.

The next step was to recruit members. A workshop was held giving members a voice in deciding the components of the range. Members also suggested organizations that might benefit from the range, and what the next steps would be to acquire land for the range. Many things had to be worked out and membership involvement was essential in these decisions. By-laws, membership rules and range rules were being prepared by the Board of Directors. These documents were presented to the membership for a vote and were put into place.

Teller County Shooting Society (TCSS) now offers a single level of membership as explained on the membership application. Membership requires payment of a pro-rated portion of the standard annual dues. These dues must be paid upon submission of an application.

When you are accepted, you will be required to attend a Range Orientation (RO) briefing and sign a liability waiver. You then will receive a membership card, membership packet, and access to the range. Any associates that you have listed must take the RO briefing and then they will receive an associate member card. These RO briefings will be conducted by the Chief Range Safety Officer. Dates and times of RO briefings will be posted on this website, and emails will be sent to all who must attend a briefing.

An Annual Membership meeting is held in March of each year to fill Board of Directors positions that are up for vote, for the coming year. We also vote on any issues that go before the General Membership. During the year, issues for vote are also presented at meetings set in the By-Laws of the club. Emails are sent out to the membership to keep them informed about our progress.